Why Hiring a London Based Security Company Will Benefit Your Business? 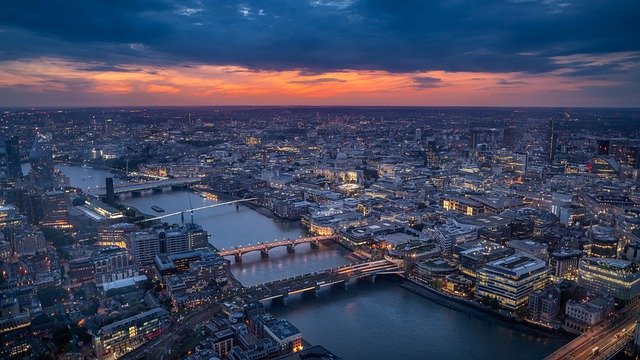 Why Hiring a London Based Security Company Will Benefit Your Business?

It’s natural for business owners to want the best security services for their commercial property, especially if it is a high-risk company or a shop open during late hours. In London, the most common crimes against businesses include burglary, robbery, vandalism, shoplifting, employee theft, and fraud. These instances cost companies millions of pounds each year, whilst many retailers do not have the confidence to investigate such occurrences thoroughly or invest time following up with the Police. This is why more and more people are investing in security companies in London.

In 2013, a British Retail Consortium survey found a third of respondents indicated that the most significant reason for preventing them from reporting a crime was because they had no confidence in the police response, whilst of the 81,631 frauds reported by London businesses in 2013/2014 through CIFAS (a fraud prevention service for UK businesses), just 0.1 per cent had a successful judicial outcome. These figures are slightly dated; however, for many retailers, this reads true today, with many accepting that bringing criminals to justice is seemingly impossible with such little help from the police.

A lack of reporting and prevention

The 2018 ACS Crime Report shows that shop theft can often lead to abusive and violent behaviour, with retailers stating that challenging shop thieves was the leading cause of aggressive behaviour in stores. In total, there have been over 13,437 incidents of violence reported from 2017 to 2018, although it’s highly likely many more incidents have gone unreported. Retailers have declared that violence against staff is the number one concern when dealing with crime.

The problem is that if your business experiences a crime and doesn’t report it, you’re only making the problems in society even worse. As things stand here in the UK, there is no legal requirement to report a crime. There is, of course, a moral duty on all of us to report to the Police any crime or anything we suspect may be a crime, which applies to businesses. Aside from reporting crimes, it’s also essential for companies to minimise threats and vulnerabilities — and at the same time reduce shrinkage. With a security company in London like Intraguard, you have access to professional, reliable and well-known guards, many of whom have been working within the world of security for decades, providing excellent alertness, communication skills, observation skills and a profound ability to solve problems quickly and efficiently.

Top benefits of London Security at a glance

An obvious advantage but one you must not dismiss. With proven SIA licenced security guards, you provide your business with a more proactive and robust defence against crimes. Guards not only protect your employees, other workers and visitors to your workplace against threats like theft, vandalism, and assault. They also efficiently control access to your premises. Guarding services include a combination of special techniques and equipment to controlling access to the building, such as managing queues and letting people enter only when it is their turn. This was (and still is in some cases) critical during the pandemic. With tailored security guarding services, businesses can also ensure unwanted visitors do not stay on public property but move off quickly with minimum fuss, which provides that there is no disturbance caused and maintains good relations with members of the local community.

One of the most significant benefits of hiring a professional security company is reduced response time. Having someone on-site allows you to address concerns as they arise before they escalate into something worse. Identifying and quickly responding to incidents helps prevent further (financial and reputational) damage, reducing operational impact.

It’s fair to say that your neighbours, employees and customers will appreciate a safe environment in which they can feel happy, content and secure. It’s also easier for security guards working on-site to build a rapport with the locals who see them regularly. This helps create positive associations with the company and makes it less likely that those patrolling will be recognised as ‘outsiders’ or private security officers by potential intruders.

Patrolling an area provides greater visibility of what is going on, which means any issues can be dealt with quickly when they arise – thereby reducing the chances of a crime actually taking place. This helps to make employees feel safer and more comfortable going about their daily business, which in turn means they can be more productive at work – leading to greater profits for your company overall.

When you use a guarding agency to patrol your premises, the cost of that service is spread across all customers instead of just being paid for by one single site. The benefits this brings are twofold; not only does it mean you will pay less per customer, but it also gives you access to an increased number of guards who can help reduce any risks or issues as soon as they arise. You’ll find that having security patrols on hand at all times makes dealing with incidents easier because there is always someone to call upon.

Having a guarding service in place helps to create a good atmosphere within your workplace. Security guards are trained how to deal with difficult customers, can answer any queries they may have about products or services, and will also be able to help solve minor conflicts. This type of presence is likely to make staff feel secure, confident, and valued, which is highly beneficial when it comes to creating an effective team that is happy to go the extra mile.

To learn more about the advantages of choosing top-quality security services in London, please get in touch with Intraguard today on 0207 183 5016. Alternatively, please send us a message, and we’ll be back in touch as soon as possible.

© 2020 All Rights Reserved by Intraguard Limited